Gleb_T
4 points
0 commentsEA link
(Cross-posted in The Life You Can Save blog, the Intentional Insights blog, and Less Wrong) 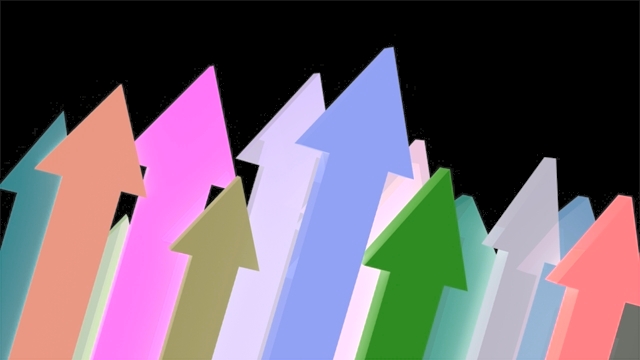 Don’t you want your charitable efforts to do the utmost good they can in the world? Imagine how great it feels to know that you’re making the most difference with your gift. Yet how do you figure out how to bring about this outcome? Maximizing the impact of your money requires being intentional and strategic with your giving.

Let me share my personal perspective on giving intentionally. I am really passionate about using an evidence-based approach to do the most good with my donations. I take the time to research causes so that my money and time go to the best charities possible. Moreover, I have taken the Giving What We Can and The Life You Can Save pledges to dedicate a sizable chunk of my income to effective charities. It felt great to take those pledges, and to commit publicly to effective giving throughout my life.

I am proud to identify as an effective altruist: a member of a movement dedicated to combining the heart and the head, using research and science to empower the urges of my emotional desire to make the world a better place. I pay close attention to data-driven charity evaluators such as GiveWell. The large majority of effective altruists closely follow its guidance. GiveWell focuses on charities that do direct activities to improve human life and alleviating suffering and have a clearly measurable impact. One example is Against Malaria Foundation (AMF), one of The Life You Can Save’s recommended charities and one of four of GiveWell’s top choice charities for 2015.

Yet while I give to AMF, it and other highly effective charities represent only a small fraction of my donated time and money. This might sound surprising coming from an effective altruist. Why don’t I conform to the standard practice of most effective altruists and donate all of my money and time to these effective, research-based, well-proven charities?

First, let me say that I agree with most effective altruists that reducing poverty via highly effective charities that work directly on poverty alleviation is very worthwhile, and I do make donations to highly effective charities. In fact, this morning I donated enough money for AMF to buy two mosquito bed nets to protect families from malaria-carrying mosquitoes. I certainly got positive feelings from knowing that my gift will go directly towards saving lives, and have a very clear and measurable impact on the world

Yet when I make large or systematic contributions of money and time, effective charity is not where I give. I don’t think donating to these direct-action charities is the best use of my own money and time. After all, my goal is to save lives and maximize cash flow to effective charities, whether or not I’m personally giving money to effective organizations. To evaluate the impulses coming from my heart to ensure that my actions match my actual goals, I take the time to sit down and consult my head. 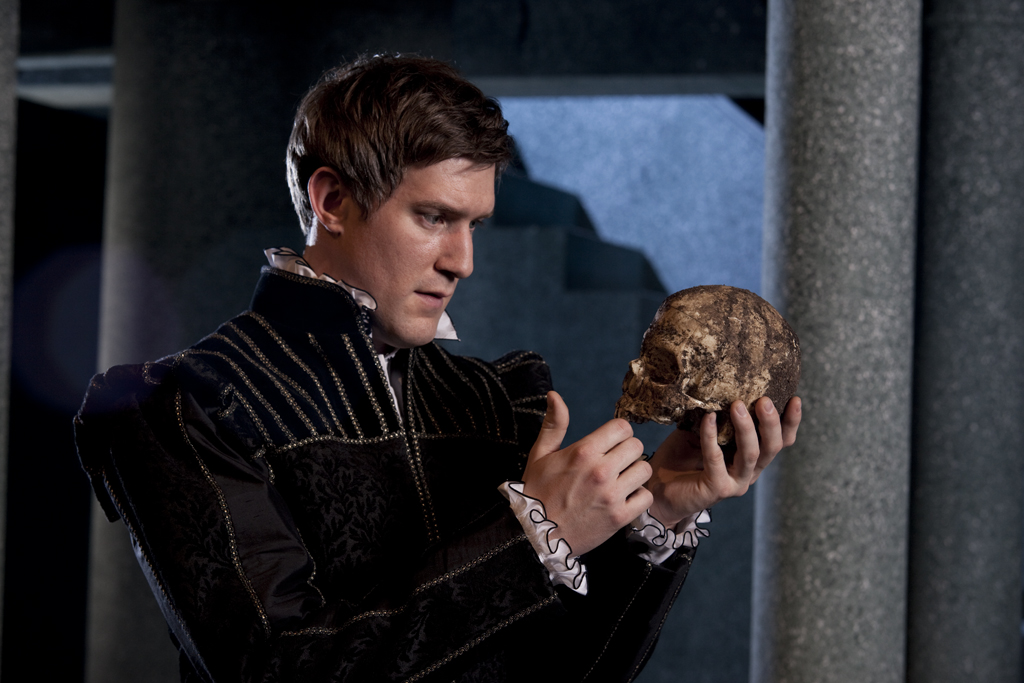 I use rational decision-making strategies such as a MAUT analysis to evaluate where my giving would make the most difference in getting resources to effective charities. As a result, I have spent the majority of my money and time on higher-level, strategic giving that channels other people’s donations towards more effective charities, facilitating many more donations to them than I alone could provide.

This is why I am passionate about contributing to the kind of projects that spread widely the message of effective giving. Doing so doesn’t necessarily involve getting other people to become part of the effective altruist movement. Instead, it prompts them to adapt effective giving strategies such as taking the time to list their goals for giving, consider their giving budgets, research the best charities, and use data-based charity evaluators to choose the optimal charity that matches their giving goals.

What does spreading these messages involve? Since there are few organizations devoted to spreading effective giving strategies to a broad audience, I decided to practice charity entrepreneurship. Together with my wife, I co-founded a 501(c)(3) non-profit organization devoted to spreading effective giving and rational thinking strategies, Intentional Insights (InIn). InIn creates content devoted to this purpose, for example this article about how I became an effective altruist in the first place. Such articles, published in the organization’s own blog and places such as the Huffington Post and Lifehack, are shared widely online, and reach hundreds of thousands of readers. For example, a recent Lifehack article I published was shared over 2.5 thousand times on social media. A widely-used general estimate is that for every 1 person who shares an article, 100 people read an article thoroughly, while many more skim it.
Plenty of people follow the links back to the organizations mentioned in the articles I publish, including organizations devoted to effective giving when the article deals with that topic.

For some, a single article that makes a strong enough case is sufficient to sway their thinking. For example, I published an article in The Huffington Post that combines an engaging narrative, emotions, and a rational argument to promote giving to effective charities as opposed to ineffective ones. This article explicitly highlighted the benefits of Against Malaria Foundation, GiveWell’s top choice for 2015. On a higher, meta level, it encouraged giving to effective charities, and using GiveWell and The Life You Can Save, including its Impact Calculator, to make decisions about giving. As you’ll see from this Facebook comment on my personal page, it helped convince someone to decide to donate to an effective charity. Furthermore, this comment is someone who is the leader of a large secular group in Houston, and he thus has an impact on a number of other people. Since people rarely make actual comments, and far from all are fans of my Facebook page, we can estimate that many more made similar decisions but chose not to comment about it. In fact, the article was shared quite widely on social media, so it made quite some impact, and still going—the StumbleUpon clicks went from 50ish to 980ish in the last several days, for example.

However, others need more than a single article. I place myself in that number—I generally want significant exposure to ideas and shift my mind gradually. Or perhaps the initial articles I read did not make a strong enough case. In any event, like many others, I first discovered the idea of effective giving through an article, and followed the breadcrumbs in the links to GiveWell, Giving What We Can, The Life You Can Save, and other similar organizations. I was then intrigued enough to go to a presentation about it given by Max Harms. While already oriented toward effective giving by my previous reading, the presentation sold me on effective altruism as a movement. Presentations give people a direct opportunity to engage with and consider in-depth the big questions surrounding effective giving. This is why I devote my time and money not only into writing articles, but also into promoting effective altruist-themed presentations.

For example, I am collaborating with Jon Behar from The Life You Can Save to spread Giving Games. This participatory presentation educates the audience about effective giving by providing all participants with a pool of actual money, $10 per attendee, and has them discuss fundamental questions about where to give that money. In the course of the Giving Game, participants explore their values and motivations for donations, what kind of evidence they should use to evaluate charities, and how to avoid thinking errors in their giving. After the discussion, the group votes which charity should get the money. The Life You Can Save then donates that money on behalf of the group.

InIn has strong connections with reason-oriented organizations due to our focus on spreading rational thinking, and is partnering with The Life You Can Save to bring the Giving Game to these organizations, starting with the Secular Student Alliance (SSA). The SSA is an international organization uniting hundreds of reason-oriented student clubs around the world, but mainly in the United States. I proposed the idea to August Brunsman, the Executive Director of the SSA and a member of the InIn Advisory Board. He himself is passionate about promoting social justice, but had little familiarity with Effective Altruism. I told him more about Effective Altruism and the Giving Game model, and he and other SSA staff members decided to approve the event. Together, InIn and The Life You Can Save created a Giving Game event specifically targeted to SSA clubs, and the SSA is now actively promoting the Giving Game to its members.

I am delighted with this outcome. As a former member President of a SSA club, I can attest that my past self would have been very eager to host this type of event. Looking back, I would have greatly benefitted from taking the time to sit down, discuss, and reflect seriously on my giving in a context where my decision had real-world consequences. This is the type of activity that would have strongly impacted my thinking and behavior around donations going forward. The Life You Can Save has dedicated $10,000 to its initial pilot program for SSA members, and has promised to fundraise more if it works out, but at least 1000 students will participate in these games as a result of the collaboration between InIn and The Life You Can Save.

How much impact will this have on the world? I cannot say for sure. I do not have the kind of carefully defined measures of impact that GiveWell can provide for direct-action charities. Indeed, it is really difficult to measure the actual impact of any marketing efforts. The best we can do is to build chains of evidence. For example, this article that suggests a powerful long-term impact of donations to support Giving Games. Such estimates apply more broadly to contributions that promote effective giving to the public.

Sure, it is hard to know for sure the exact effects that my efforts spreading the message of effective giving has on the world. Yet when I sit down and think about it, and make my decisions rationally, I am very happy to dedicate my large donations, my monthly giving, as well as my systematic volunteer efforts to publicizing the message of effective giving. While it does not get me the same warm feelings as giving to direct action charities, when I use my head to direct my heart I realize that sponsoring such activities makes the most difference to maximizing donations to effective charities.

P.S. This article is part of the EA Marketing Resource Bank project lead by Intentional Insights and the Local Effective Altruism Network, with support from The Life You Can Save.