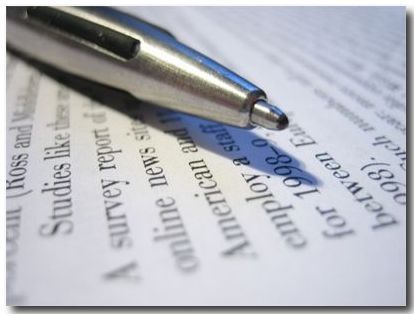 A few years ago, Alyssa Vance posted a bunch of reasons that academic papers are an imperfect forum for discussion of topics such as those of interest to LessWrong. Lots of the reasons might apply to effective altruism too:

Of these, four is debateable and eight is less true for effective altruism than for LessWrong. But the rest seem as true and pertinent for today’s effective altruists as they were for the author.

Diego Caleiro recently suggested that books might be superior to papers for promoting his ideas.

[Books] are long enough to convey interesting ideas (of a more philosophical type) second, though they also follow exponential distributions, there are several marketing strategies that can aid publication and increase number of readers. They can be, like papers and unlike blogs, cited as decent academic evidence in good standing. They can be monetized as well, whereas one must pay to publish papers.

He continues to put his point in the strongest possible terms:

I am glad to hear counterarguments, because as it stands, this seems like the ultimate no-brainer, there is not a single thing papers are better than books for.

… The few properties like “peer feedback” and “short and easier to write” that papers beat books at have are completely dominated by blogging, ’specially on public science or philosophy blogs.

So are books simply superior to academic papers for conveying world-changing ideas? Now that people have been trying to advance the case for the importance of safe development of artificial intelligence (arguably one of the most important ideas, and one that has been quite controversial), we can ask which texts have most helped to advance that idea so far.

Instinctually, Bostrom’s book Superintelligence seems to have been most helpeful for this. Although it has only been moderately cited, it’s influence was felt in the discussions that it provoked from Musk, Hawking, Wozniak and an array of other scientists and technologists. It was also a bestseller, and seems to have been a major contributor to the change in discourse on this topic in the last couple of years. The book stood out as a landmark event. The Puerto Rico was similarly groundbreaking—both helped grow the reach of Bostrom’s ideas in a way that dozens of papers would not (and had not).

Rather, Bostrom’s papers have tended to be nonconformist, and their degree of readership and reputation has suffered from this to a greater degree than his new book. In two other points of concern to Alyssa Vance, his book was also more widely available, and was accessed in much wider parts of society. It was also advantaged on some counts raised by Diego: it allowed Bostrom to convey unusually complex ideas, and made his name more well-known.

The example of AI safety seems to speak to the value of books and in-person conversation.

If we look at the founding of CEA, we see a similar story, of initial connections being made between Toby Ord and William MacAskill, as well as with some in-person student groups at Oxford University. Even though the context was academic, journals were not the main mode of passing information or inspiration. However, it journalistic publication does seem to have helped people like Ord and MacAskill to earn a living and maintain their academic career prospects. Moreover, in the cases of Bostrom and CEA, it may have been valuable to gain a significant academic reputation before performing outreach activities. Such would certainly be the case for Peter Singer, who also admittedly gained most of his eventual reputation through books.

So academic papers aren’t generating big breakthroughs in interest, but a lot of the leading thinkers tend to be academics.

So how helpful does being an academic seem to be? Well, it’s not strictly necessary. If we look at the inception of MIRI (when it was the Singularity Institute), we see Eliezer, who was writing on online messageboards, and was allergic to academia. Despite often writing in a way that was technical and informed by science, he was not in any academic role, and had no academic prestige. Eliezer is as always a bit of an anomaly, though, as his writing talents have repeatedly proven to be extremely popular, and this may have allowed his writing to cut through in the absence of academic status. If you look somewhere like Edge, TED or Big Think a lot leading public intellectuals and writers are academics. However, it’s hard to discern the causation. It could be that academia is equipping them to better promote their useful thoughts, or it could just be that academia sucks in more than its share of the best thinkers in the first place.

So what reasons do we see for writing academic papers? For a start, they can help one to identify an academic expert, which is possibly useful. MIRI, CSER, FHI and others derive a lot of their reputation (which in turn gives them some political and persuasive strength) in this way, as have Ord and Bostrom, and this might be good for anyone who wants to be a public intellectual. Another reason to write academic papers would be to be able to point to the existence of an academic field. This seems to be what MIRI wants to be able to do—to point technical and conscientious AI researchers to such a body of work. These kinds of investments will not pay off for some time, and may prove hard to evaluate. For the rest of us, why write papers? Well, it could be strategically useful for those who wish to secure an otherwise undemanding professorial position. They might help us secure a research-based job. But otherwise, and especially from an altruistic point of view, they don’t seem to do much. So Alyssa and Diego’s reservations about the value of papers seem pretty compelling to me.