The new GiveWell recommendations are out: here’s a summary of the charities

GiveWell have just announced their latest charity recommendations! What are everyone’s thoughts on them?

A summary: all of the old charities (GiveDirectly, SCI and Deworm the World) remain on the list. They’re rejoined by AMF, as the room for more funding issues that led to it being delisted have been resolved to GiveWell’s satisfaction. Together these organisations form GiveWell’s list of ‘top charities’, which is now joined by a list of other charities which they see as excellent but not quite in the top tier. The charities on this list are Development Media International, Living Goods, and two salt fortification programs (run by GAIN and ICCIDD).

As normal, GiveWell’s site contains extremely detailed writeups on these organisations. Here are some shorter descriptions which I wrote for Charity Science’s donations page and my tool for donating tax-efficiently, starting with the new entries:

The charities GAIN and ICCIDD run programs that fortify the salt that millions of poor people eat with iodine. There is strong evidence that this boosts their health and cognitive development; iodine deficiency causes pervasive mental impairment, as well as stillbirth and congenital abnormalities such as severe retardation. It can be done very cheaply on a mass scale, so is highly cost-effective. GAIN is registered in the US and ICCIDD in Canada (although Canadians can give to either via Charity Science, which for complex reasons helps others who donate tax-deductibly to other charities), allowing for especially efficient donations from these countries, and taxpayers from other countries can also often give to them tax-deductibly. For more information, read GiveWell’s detailed reviews of GAIN and ICCIDD.

Development Media International (DMI) produces radio and television broadcasts in developing countries that tell people about improved health practices that can save lives, especially those of young children. Examples of such practices include exclusive breastfeeding. DMI are conducting a randomized controlled trial of their program which has found promising indications of a large decrease in children’s deaths. With more funds they would be able to reach millions of people, due to the unparalleled reach of broadcasting. For more information, read GiveWell’s detailed review.

Living Goods is a non-profit which runs a network of people selling badly-needed health and household goods door-to-door in their communities in Uganda and Kenya and provide free health advice. A randomized controlled trial suggested that this caused a 25% reduction in under-5 mortality among other benefits. Products sold range from fortified foods and mosquito nets to cookstoves and contraceptives. Giving to Living Goods is an exciting opportunity to bring these badly needed goods and services to some of the poorest families in the world. For more information, read GiveWell’s detailed review.

Deworm the World and the Schistosomiasis Control Initiative (SCI) treat parasitic worm infections such as schistosomiasis, which can cause urinary infections, anemia, and other nutritional problems. For more information, read GiveWell’s detailed review, or the more accessible Charity Science summary. Deworm the World is registered in the USA and SCI in the UK, allowing for tax-efficient direct donations in those countries, and taxpayers from other countries can also often give to them efficiently.

GiveDirectly lets you empower people to purchase whatever they believe will help them most. Eleven randomized controlled trials have supported cash transfers’ impact, and there is strong evidence that recipients know their own situation best and generally invest in things which make them happier in the long term. For more information, read GiveWell’s detailed review, or the more accessible Charity Science summary.

Save lives and prevent infections with the Against Malaria Foundation

Malaria causes about a million deaths and two hundred million infections a year. Thankfully a $6 bednet can stop mosquitos from infecting children while they sleep, preventing this deadly disease. This intervention has exceptionally robust evidence behind it, with many randomized controlled trials suggesting that it is one of the most cost-effective ways to save lives. The Against Malaria Foundation (AMF) is an exceptional charity in every respect, and was GiveWell’s top recommendation in 2012 and 2013. Not all bednet charities are created equal, and AMF outperforms the rest on every count. They can distribute nets cheaper than most others, for just $6.13 US. They distribute long-lasting nets which don’t need retreating with insecticide. They are extremely transparent and monitor their own impact carefully, requiring photo verification from each net distribution. For more information, read GiveWell’s detailed review, or the more accessible Charity Science summary. 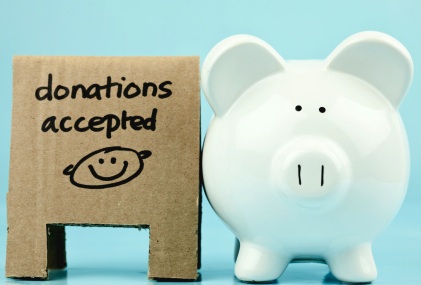 To find out which charities are tax-deductible in your country and get links to give to them tax-efficiently, you can use this interactive tool that I made. If you give this season, consider sharing the charities you choose on the EA Donation Registry. We can see which charities EAs pick, and which of the new ones prove popular!