Some data on the stock of EA™ funding

Open Philanthropy’s allocation of funding through time looks as follows: 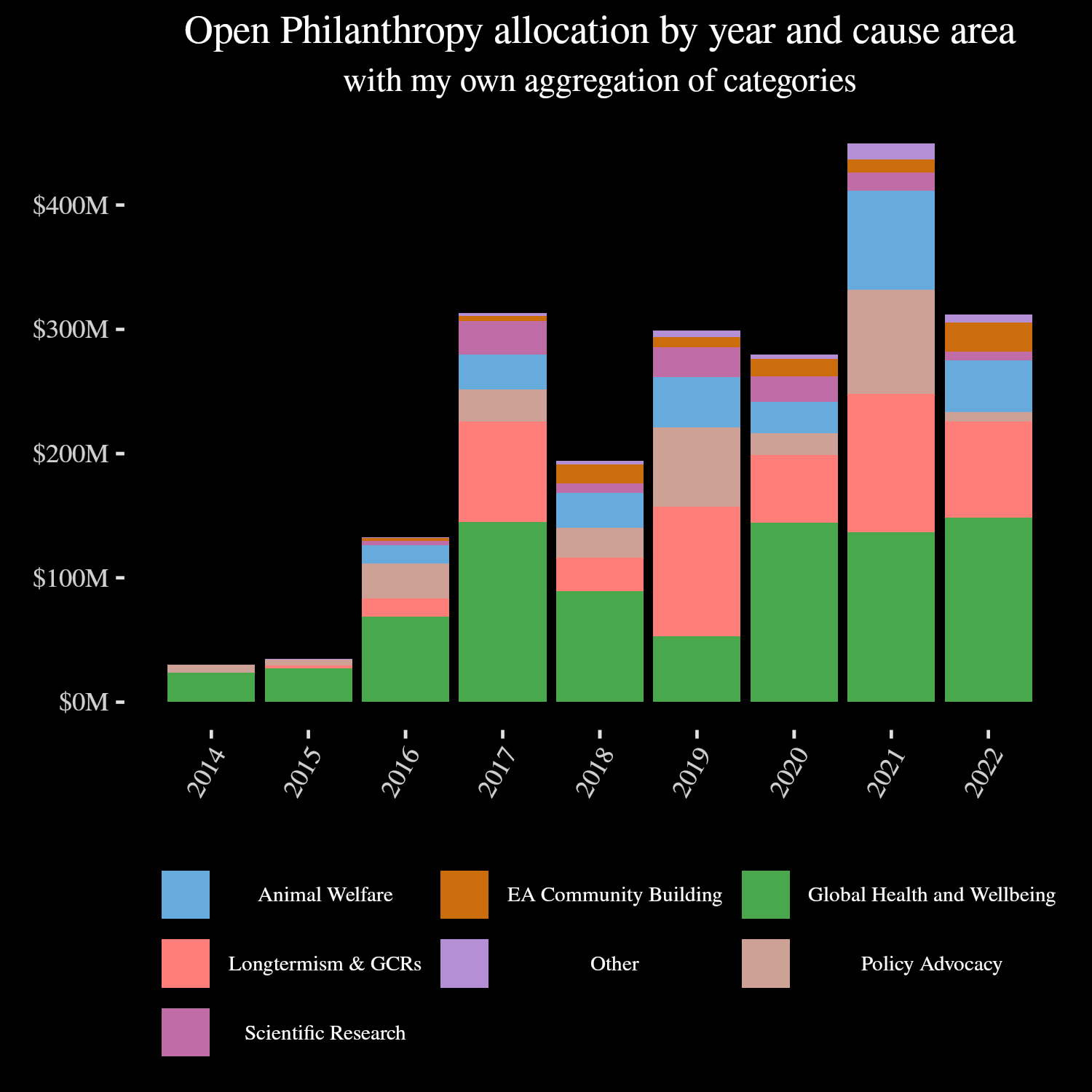 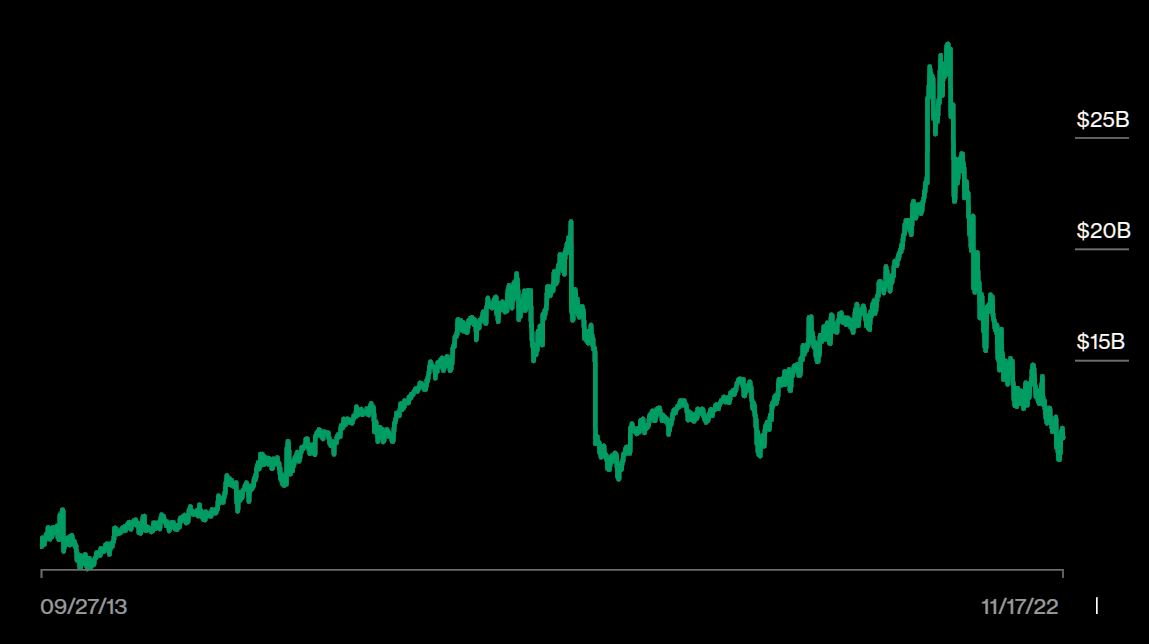 If we plot the two together, we don’t see that much of a correlation: 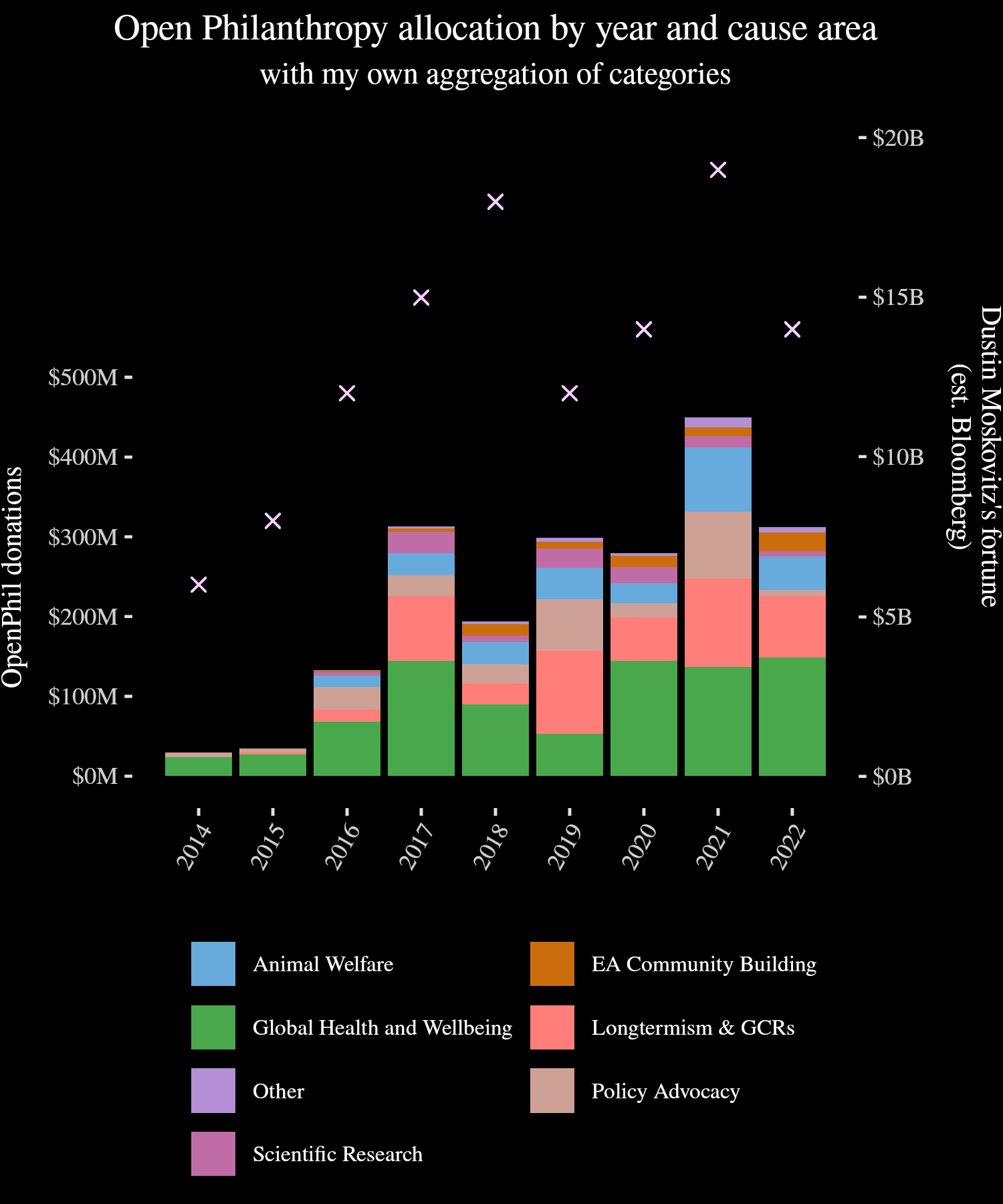 Holden Karnofsky, head of Open Philanthropy, writes that the Blomberg estimates might not be all that accurate:

Our available capital has fallen over the last year for these reasons. That said, as of now, public reports of Dustin Moskovitz and Cari Tuna’s net worth give a substantially understated picture of our available resources. That’s because, among other issues, they don’t include resources that are already in foundations. (I also note that META stock is not as large a part of their portfolio as some seem to assume)

Actually the Bloomberg tracker looks pretty close, though missing 3B or so of foundation assets. The Forbes one is like half the Bloomberg estimate 🤷‍♂️

In mid 2022, Forbes put Sam Bankman-Fried’s wealth at $24B. So in some sense, the amount of money allocated to or according to Effective Altruism™ peaked somewhere close to $50B.

The analysis becomes a bit more interesting if we look only at longtermism and GCRs: 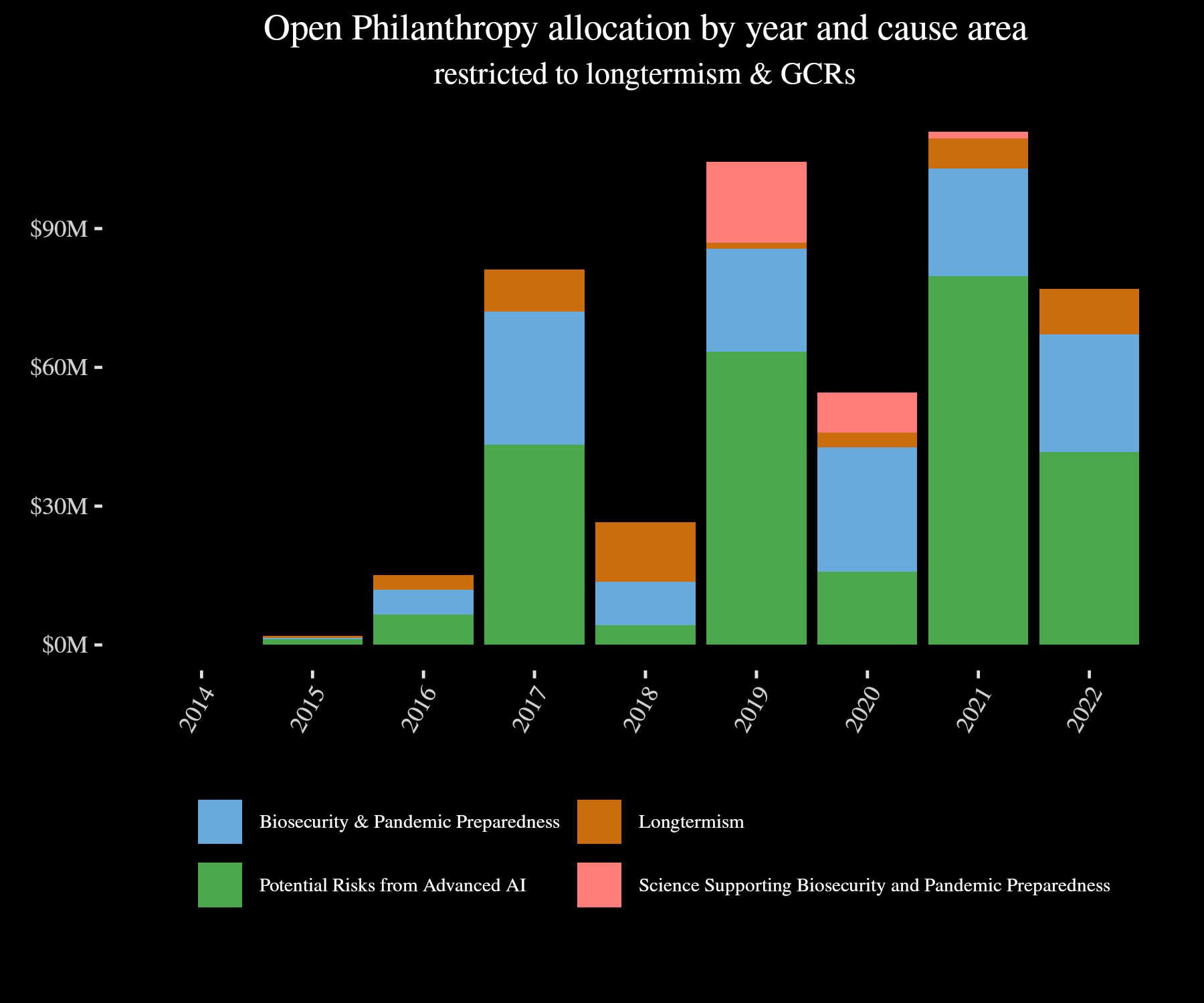 In contrast, per Forbes, the FTX Foundation had given out $160M by September 2022. My sense is that most (say, maybe 50% to 80%) of those grants went to “longtermist” cause areas, broadly defined. In addition, SBF and other FTX employees led a $580M funding round for Anthropic

It’s unclear what would have to happen for Open Philanthropy to pick up the slack here. In practical terms, I’m not sure whether their team has enough evaluation capacity for an additional $100M/​year, or whether they will choose to expand that.

I’d be curious about both interpretative analysis and forecasting on these numbers. I am up for supporting the later by e.g., committing to rerunning this analysis in a year.

The code to produce these plots can be found here; lines 42 to 48 make the division into categories fairly apparent. To execute this code you will need a working R installation and a document named grants.csv, which can be downloaded from Open Philanthropy’s website.