This is an update from the Centre for Effective Altruism on our work in the fourth quarter of 2020. Most of this information was not included in our annual review, which we began to draft in October.

Our mission is to build a community of students and professionals acting on EA principles, by nurturing high-quality discussion spaces.

In Q4, we began to focus on achieving our annual goals.

Going into the quarter, we had a much clearer scope and goals than before. We began to focus more on those goals, and test out new programs that could further them, like online fellowships and student-focused events. We also reviewed our progress in 2020, made plans for 2021, and began a major fundraising campaign.

Huw Thomas joined the groups team. Now that CEA’s scope and goals are clear, I think that we’re in a position to make several excellent hires. This will be a major focus for next year.

Joan (our managing director) took over our groups and recruitment work, and Katie (formerly head of groups) became the interim head of community health (while we search for a permanent manager). This will mean each goal has a single owner, and will also allow Joan and Katie to play to their strengths.

We spun Funds and Giving What We Can out of CEA, as planned.

Progress towards our goals

We help local group organizers by advising them, providing resources they can use, and creating online spaces where they can share resources and support each other. 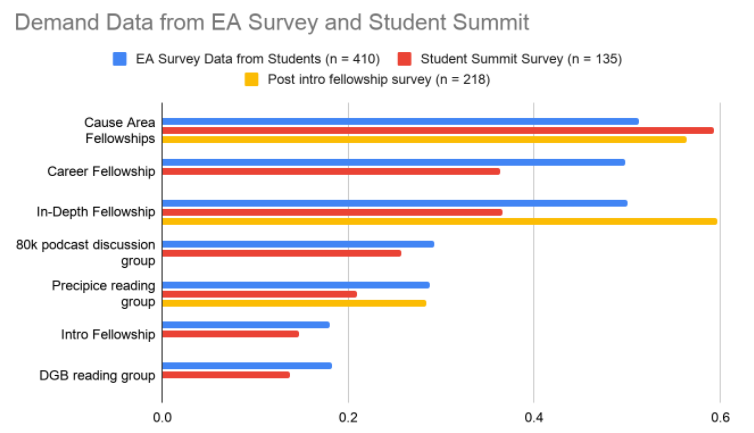 This quarter, the team handled:

Early results from this event were covered in our annual report.

EAGxAsia-Pacific, held virtually in November, evolved out of in-person conferences planned by organizers in Singapore and Australia. We also aimed to promote connections between community members in the Asia-Pacific region and community members in other places. Unlike our previous virtual events, the event was scheduled for the convenience of people in Asia-Pacific time zones. 526 people attended the event. As the event was held recently, we do not yet have an in-depth analysis of the outcomes.

Attendees reported 4.4 new connections in the post-event survey (on average). We succeeded in attracting >200 attendees from outside the Asia-Pacific region, which we hope will build international connections.

Attendees seem to be increasingly more demographically diverse than EA Survey respondents; we’ve seen diversity increase as events have gone virtual and become more accessible to people in a variety of countries. 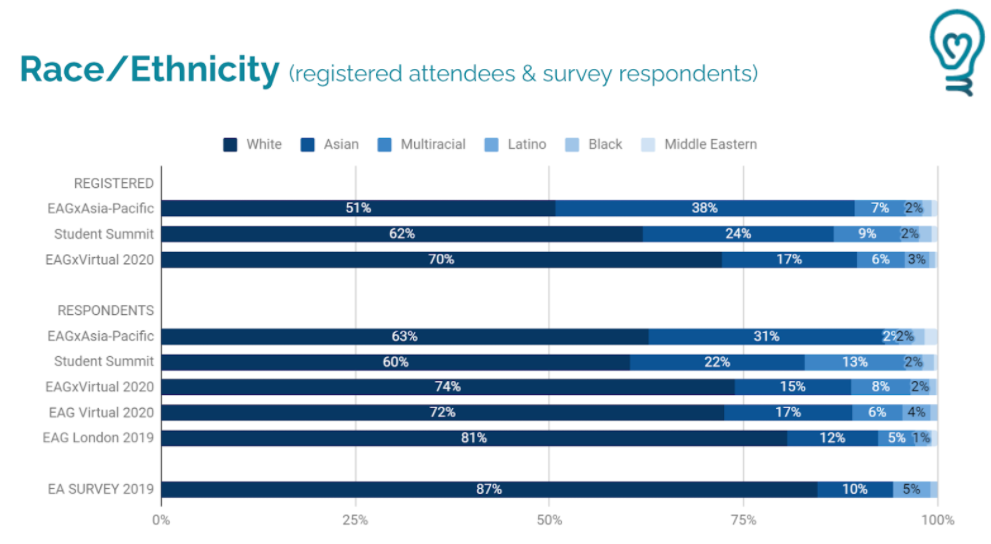 Attendees’ likelihood to recommend Student Summit to other people was lower than the average for in-person events, while EAGxAsia-Pacific scores were more in line with in-person events:

Total hours of engagement across events for 2020:

Content engagement seems to drop quite a bit over the course of virtual events — it seems harder to maintain viewership, compared to in-person events. We will consider how to remedy this for future virtual events (for example, with shorter events, fewer talks, or more interactive sessions).

The Events Team is increasingly focused on designing events around specific types of users, in support of CEA’s org-wide goals. We hope that this exploration will help us to find more impactful event formats. The team has spent the last few weeks designing a portfolio of events for 2021. We also continue to receive advice from experts on which in-person events (if any) will be sensible to hold in 2021 given COVID-19.

The Effective Altruism Forum (EA Forum) aims to be the central place for collaborative discussion about how to do the most good.

Our primary metric is the number of hours engaging with content on the Forum. This metric is up 13% (30-day trailing average view hours is 3452 on December 14 versus 3066 on October 1). Most of that growth comes from a couple of unusually successful posts in early December. From the beginning of October to the end of November, views actually dropped slightly. 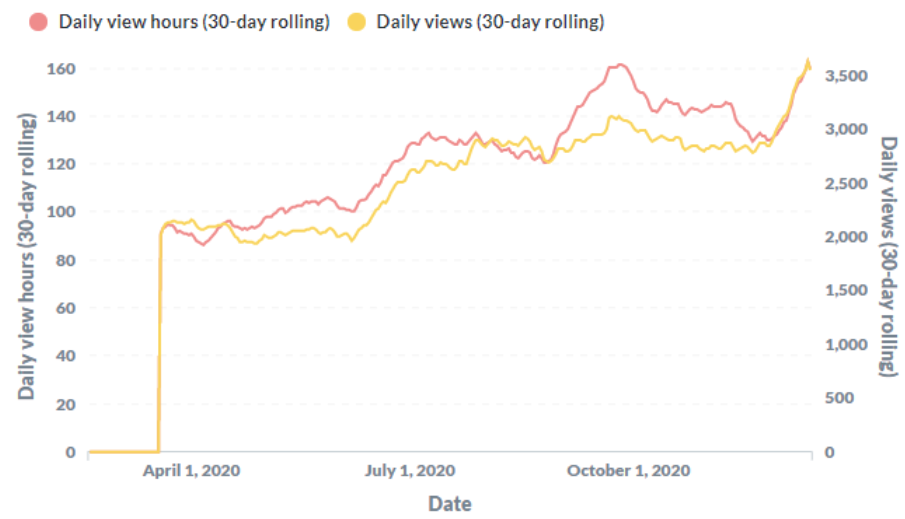 You can see other metrics here. We ended the quarter up on most other metrics, particularly the number of comments, notably due to the 80,000 Hours career advice open thread (which has 247 comments as of this writing). 80,000 Hours mentioned they might do these open threads quarterly if there was interest.

Effective Altruism Funds (EA Funds) aims to be an easy and effective way for EA-aligned donors to donate.

The Operations team provides the finance, legal, HR, grantmaking, office management, and fundraising support that enables CEA, 80,000 Hours, Forethought Foundation, EA Funds, and Giving What We Can to run efficiently.

Projected values combining US and UK (USD), as of December 14th.[6]

Development of our CRM has slowed this quarter, as we focused on the annual review and following up with leads from the Student Summit. Josh is now leading on developing the CRM, and is exploring next steps.

Joan began to manage all groups work, while Katie switched to a new interim role as head of community health. The main motivation for this was to make sure that each of our organization-wide goals has a clear owner. I also think that this will make good use of their skills: it will free Joan up to pursue her vision for recruitment and university groups, and I think that Katie will be strong at supporting and project-managing community health work.

The following people are now reporting to me and leading on well-specified org-wide goals:

I feel like we now have more clarity about our managers’ goals and responsibilities than we’ve ever had before, and I’m hopeful that this will allow CEA to make faster progress.

Sara Elsholz joined as an Executive Assistant (contractor) to Joan and me, and Aadil Kara joined as a part-time contractor.

We released our annual review and plans on the EA Forum. In December, we published an update about the Funds/​Giving What We Can spinoff.