Other titles I considered:

[Disclaimer: I work at CSER, which Martin co-founded (in some sense he’s my boss), and I know and like him, so I’m biased towards him. However, I’ve mostly referred to objective, verifiable evidence, and others can corroborate.]

Lord Martin Rees is one of the UK’s, and perhaps the world’s, most eminent scientists, has been an advocate of existential risk since at least 2003 (and arguably since the 1970s), and is a charismatic speaker and engaging writer. I’ll argue he should be featured in more ‘introductions to existential risk’ and should be turned to as a powerful advocate for existential risk reduction—like e.g. Will MacAskill and Toby Ord. In this short piece I’ll give a quick bio and describe some of his work. In part, this post is just an appreciation post – he’s just recently had his 80th birthday, after all. 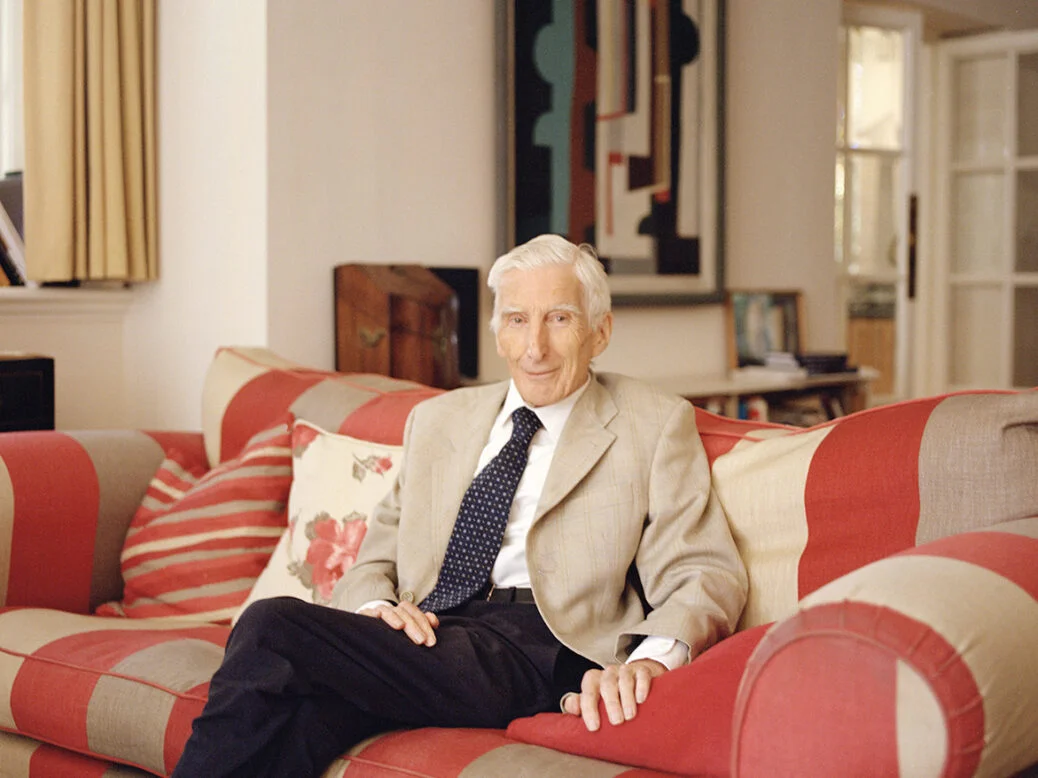 The occasion for this post is that his new book has just been published: If Science is to Save Us. Summary:

There has never been a time when ‘following the science’ has been more important for humanity. At no other point in history have we had such advanced knowledge and technology at our fingertips, nor had such astonishing capacity to determine the future of our planet.

But the decisions we must make on how science is applied belong outside the lab and should be the outcome of wide public debate. For that to happen, science needs to become part of our common culture. Science is not just for scientists: if it were, it could never save us from the multiple crises we face. For science can save us, if its innovations mesh carefully into society and its applications are channelled for the common good.

Martin Rees is a cosmologist and astrophysicist who’s done leading research (500+ papers) on black holes, quasars and the multiverse. He knew Stephen Hawking well (and wrote a very nice obituary for him).

He’s been the Astronomer Royal (previous holders, Halley of ‘Halley’s Comet’ fame) since 1995. He was the 60th President of the Royal Society, 2005-2010 (previous holders Wren, Pepys, Newton, Rutherford, etc). The Royal Society is the UK’s national academy of sciences, and one of the most preeminent in the world. He was Master of Trinity College, Cambridge 2004-2012. He was made a Lord, specifically a non-party-political (‘crossbench’) member of the House of Lords, in 2005. He’s published 10+ books including:

This is all to say he’s one of the UK’s (and perhaps the world) leading scientists.

Rees has given two TED talks, which have together been watched 4-5 million times. I think they’re great introductions to the subject.

Can we prevent the end of the world?

Earth in its final century?

Several of his books are specifically on existential risk:

I think these should be included on ‘introduction to existential risk’ reading lists as very engaging and credible intros.

Martin Rees has been a major populariser of existential risk—and has also made core intellectual contributions.

Most importantly, Martin was really early to existential risk - ‘Our Final Century’ was published in 2003, around the time Nick Bostrom was getting going.

He co-founded the Centre for the Study of Existential Risk at Cambridge University in 2012 - and helped advise on the founding of other centres, e.g. the Future of Life Institute in 2014. He was an early sponsor of the APPG for Future Generations. He played an important role in setting up the Lords Select Committee on Risk Assessment and Risk Planning, which published the 2021 report Preparing for Extreme Risks: Building a Resilient Society.

As Astronomer Royal, his views on space carry particular weight. He’s the most prominent critic of the argument that colonising Mars is a good way to reduce existential risk (see e.g. Guardian, Vox). He’s also closely involved with SETI, where he’s been one of the leading voices suggesting that any signs of extraterrestrial life are far more likely to be digital/​artificial than biological, and this should shape SETI’s search.

Long before 2003, he was involved in the Pugwash Conferences in the 1970s—one of the only opportunities for scientists from either side of the Iron Curtain to engage with one another. Martin sometimes describes the current generation of existential risk activists and researchers as perhaps the third wave of concern around existential risk. First the ‘concerned scientists’ that participated in the Manhattan Project, set up the Bulletin of the Atomic Scientists and successfully ‘tabooed’ the use of nuclear weapons in the 1950s. This is the generation he looked up to. Then the second, the Pugwash scientists of the 1960s and 70s that contributed to the arms control agreements: the Biological Weapons Convention and the Strategic Arms Limitation Talks (SALT) treaties. I find this sense of history and tradition very motivating. We didn’t come up with all of this all on our own: we’re part of a wider story and can build on their successes.

One particularly notable example on climate is his work at the Vatican. In May 2014, he helped Sir Partha Dasgupta co-organise a major workshop with the Pontifical Academy of Sciences on climate change. After the workshop, Sir Partha spoke to the Pope directly and encouraged him to include climate change in his speeches and to urge people to be better stewards of the planet. The workshop underpinned a major report published in April 2015 by the Vatican. The report in turn partly informed the May 2015 Laudato si’ Papal Encyclical, which focussed on the impending threat of climate change and was influential in encouraging the 1.3 billion Catholics worldwide to support for the Paris Agreement, agreed in December 2015.

Martin also contributed to A Global Apollo Programme To Combat Climate Change (June 2015), an early and prominent call for major R&D into clean energy, now widely seen as perhaps the most important contribution philanthropists and Western governments can make; and Climate Change: A Risk Assessment (July 2015), an early and prominent analysis of worst case scenarios which again encouraged the Paris Agreement.

Martin was also an early and prominent voice warning about biorisks. For example, in 2017 he made a famous bet (described as the bet of the century) with Stephen Pinker that “A bioterror or bioerror will lead to one million casualties in a single event within a six month period starting no later than Dec 31 02020.” (It has not resolved yet, due to lack of clarity on whether Covid-19 was a lab leak or natural emergence.)

On a personal (almost gushy) note, Martin is kind, supportive, and encouraging to junior colleagues. Lots of CSER staff, and former Cambridge students, will have stories of his warmth and support.

Many senior academics or thought-leaders can be spiky and dismissive to junior colleagues. This is true of academia general, and unfortunately can sometimes be true in existential risk and AI alignment. I think Martin shows this is completely unnecessary. He’s got about as high up as one can get in science and academia—and is just really nice. Martin is a great role model for the field.