[Question] Do research organisations make theory of change diagrams? Should they?

My statements here do not necessarily reflect the views of any of my employers.

(You don’t need to answer all four questions; feel free to just address one of them, or just say what some org you know about does and why, or whatever.)

Theory of Change (ToC) is a specific type of methodology for planning, participation, and evaluation that is used in companies, philanthropy, not-for-profit and government sectors to promote social change. Theory of Change defines long-term goals and then maps backward to identify necessary preconditions.[1]

Theory of Change explains the process of change by outlining causal linkages in an initiative, i.e., its shorter-term, intermediate, and longer-term outcomes.

I haven’t read the whole of that article, and I’m not an expert on ToC methodologies. When I say “theory of change diagrams”, I essentially just mean flowcharts/​causal diagrams showing how an organisation thinks the concrete actions they plan to take might connect to the outcomes they ultimately care about causing. (Please let me know if that’s me stretching the jargon too far.)

Here’s an example of a ToC diagram, from the EA org Happier Lives Institute (source): 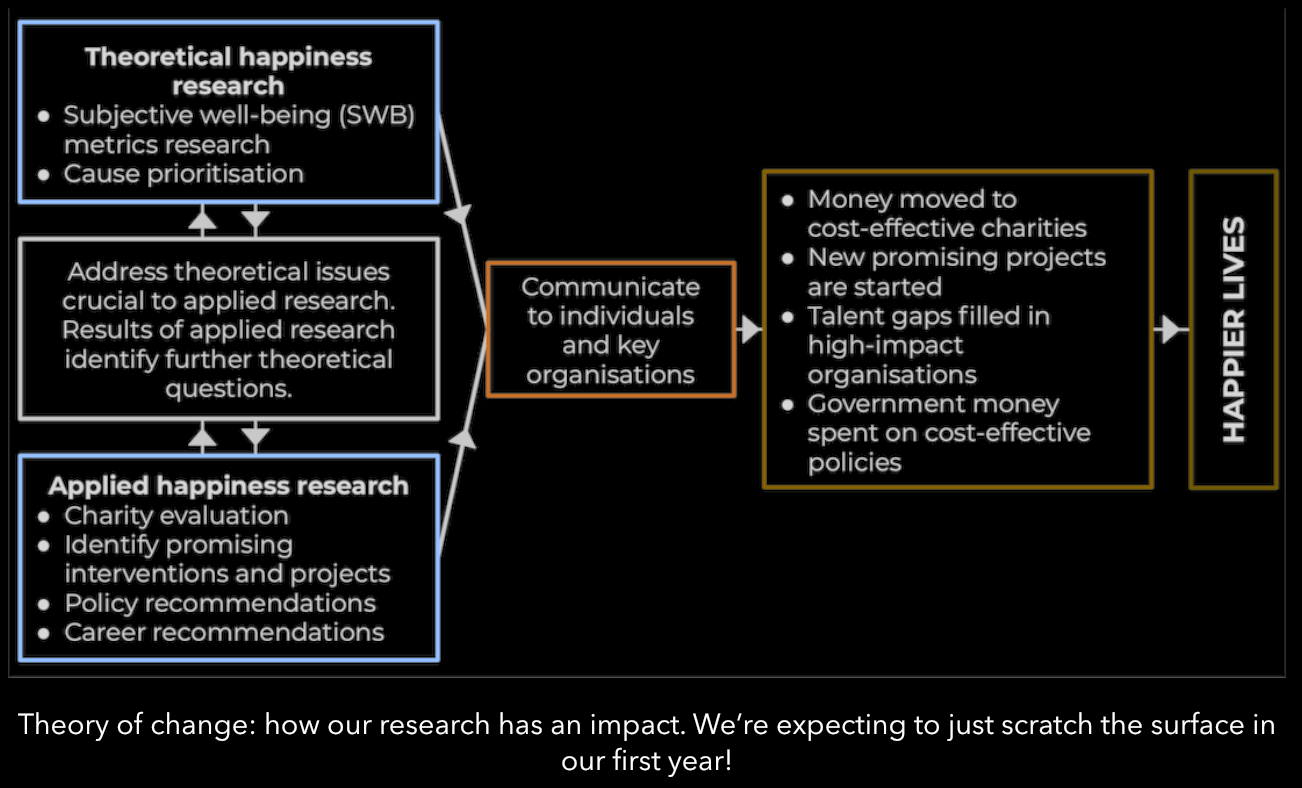 And here’s a ToC diagram I participated in creating, from the EA org Convergence Analysis (which I worked for until recently) (source): 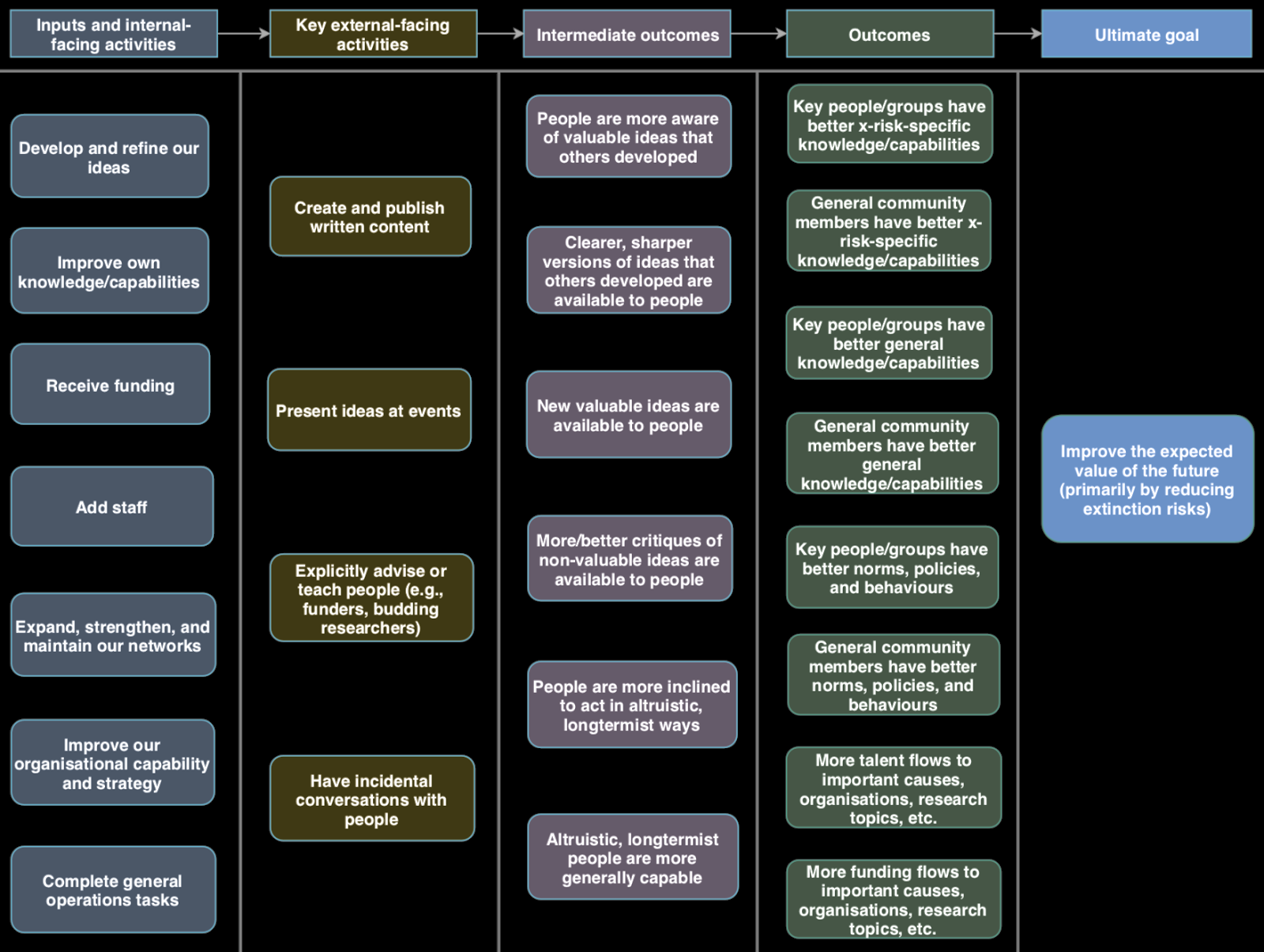 (See the relevant section of Convergence’s strategic plan for more explanation and context. One relevant excerpt is: “We have refrained from showing arrows to connect each activity or outcome to those it helps bring about. This is partly because there are so many connections, and we wished to avoid cluttering the diagram.”)

It seems to me that it might be quite useful for research orgs to make ToC diagrams. But I haven’t actually seen any examples of ToC diagrams from research orgs except the two shown above. This has led me to wonder about the four questions stated above.